It’s been now pretty much exactly one year when we did an equity crowdfunding for Sori. From that began a long road, maybe even longer than anticipated. But, very soon we reach our next goal, starting the production. Here we take you to behind the scenes. In case you missed, check out the previous news as well.

Sori beers planned to be out for Spring/Summer 2015 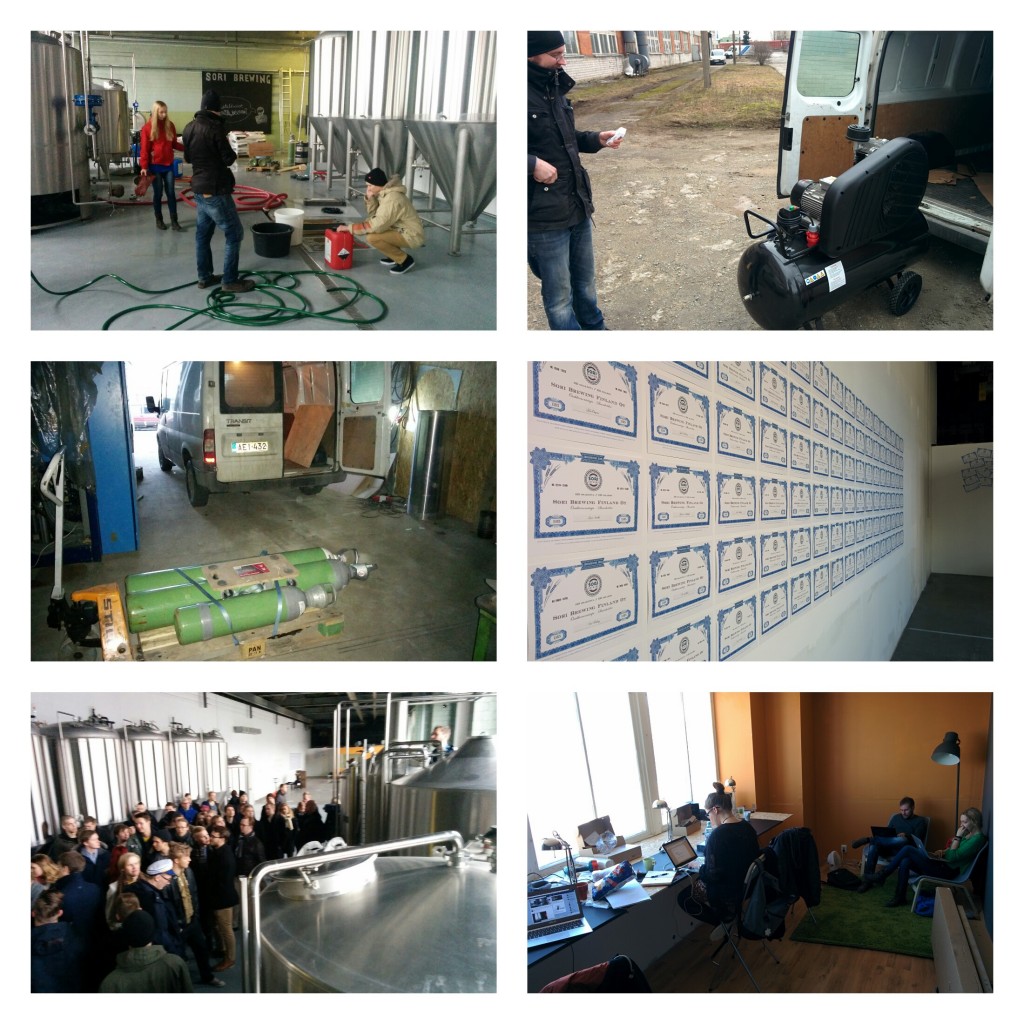 Our prediction for getting the licence from tax office is around one month. The amount of bureaucracy was as predicted, but things have been going slower than anticipated. But, we won’t that get us down. During that time we start with pre-sales and do some side projects, like Sori Beer Store and one other thing, that will be revealed later.

Brewery itself is ready for production and the last piece, Meheen M6 filler will be installed. With that little beast we are able to bottle over 2000 bottles per hour. Thank you to Karl Morris from Oasthouse Engineering for installation.

Our new brewers and office personnel have already started training in Sori and we will be ready for action when we get permits from the tax office.

People have been asking after our upcoming web store, since original plan was to launch it couple of months ago. We have big plans for that, so we haven’t been rushing it. Since we are applying permits for brewery excise warehouse, there are challenges applying permits for a store at the same time. But, we are already on to it!