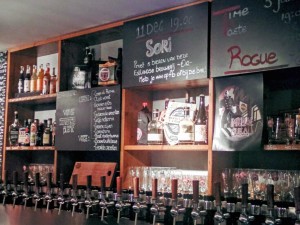 It was our first time in Amsterdam and we started Friday with the trip with mandatory tourist activities. Thanks to New Beer Frontier for doing a tour for us! Our first official stop was Craft & Draft bar and bottle shop, where we had a Meet the Brewer -event.  Their selection is awesome and one of the mentionable newcomers was the Stone Brewing IPA that was made in their Berlin brewery. We continued the evening at Café Gollem, which was packed. Our friends from Õllenaut had some of their beers on tap as well. 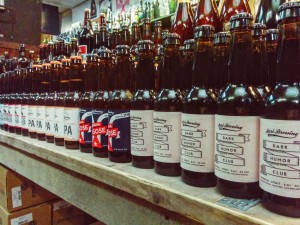 On Saturday, we had another Meet the Brewer -event at the legendary Slijterij van Pernis bottle shop in Arnhem, which is a city about an hour southeast of Amsterdam. This father and son run bottle shop was the first place to sell Sori beers in the Netherlands. We spent a good while chatting and admiring their selection. They have a huge selection including a lot of vintage beers and other intriguing finds. The evening continued with a Meet the Brewer at Café de Beugel with Sori on tap. John and Petra from Brouwerij de Molen joined us there and got to have a brief chat with them. Love these people! 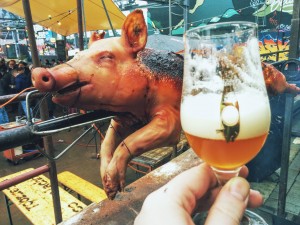 We spent the rainy Sunday day happily at Bier & Big Winterfestival at Het Ketelhuis in Eindhoven. There were a lot of local breweries present, as well as Guineu from Spain and our colleagues from the Estonian Õllenaut. One highlight was definitely the whole roasted pork – and the pig head that was brought to us as we were guests. Truly one of those memorable moments. After the festival, we continued the evening at the Van Moll bar. At the festival taps, we had Investor IPA, Havana Gose Raspberry (special edition), Winter Gorilla and Coffee Gorilla. Like at the festival, Baltic Porter Winter Gorilla was our most sought after product.

The festival was packed with over a thousand people 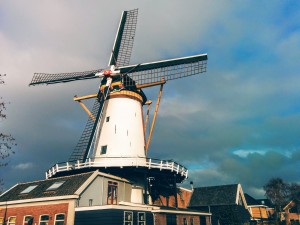 After surviving from the festival, the next day we continued our travels and visited Brouwerij de Molen despite feeling slightly shaky after the festival. Afraid of bright light we drove there through this flat and windmill filled land. This well-known exports oriented brewery produces a lot of legendary beers. There John Brus, one of the owners, gave us a tour around the place. A lot of respect that they have a program in cooperation with the Philadelphia Foundation where they hire mentally disabled people to help out at the brewery and help them to enjoy a normal life, like having a job.  Hats off, because that is just awesome.

We still had time before our flight, so we visited Jopenkerk brewery restaurant and Uiltje Bar in Haarlem. Het Uiltje is also crowdfunded and they have a great thing going on at the bar and with their beers.

As you can read, Netherlands is not just a liberal country for potheads – it’s an awesome country for us beerheads!