Investor IPA is a big part of our story. This brewery project is funded with crowdfunding and by craft beer enthusiastic investors who share our vision and feel our passion. Investor IPA was a project name when we were introducing our brewing skills and products to potential investors. Obviously, the name stuck, so it can’t be more genuine. This is a glass raised to all those 225 people who made Sori Brewing possible. We bet you all enjoy this one.

This West Coast style tropical IPA is a dedication to our greatest influence, California and Oregon craft breweries. Using humongous amounts of the freshest hops we could get, we managed to brew a beer that came our instant personal favorite. We have used hops in every stage in brewing in order to make this a one balanced son of a hop. This IPA takes the Pacific Highway drives you through the US West Coast.

Hopped with Simcoe, Amarillo, Cascade, Centennial and Magnum hops giving it some tropical fruit, grapefruit and hints of piney notes. This west coast style IPA has 6,9% ABV and it’s fruity hops flies it all the way to 87 IBU. 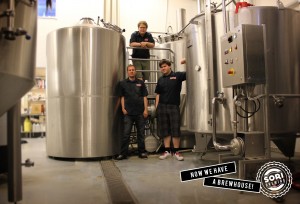 This is brewed with our own equipment at Teerenpeli Brewery. Brewed without compromises and with dedication to make the West Coast style IPA all true hop heads deserve. Packed with flavor and brewed in American style. This is where we are good at.

Share your images and tasting notes by using hashtag #InvestorIPA (Twitter/Instagram) and they will be shown here.

Investor IPA will be soon available. Launched in Finland in following restaurants. Follow us in social media for more detail dates!

Explanations: Soon = Restaurant confirmed, not yet on tap; Delivered = In restaurant, but might not be in tap; On tap = Confirmed to be on tap; Sold out = Dang, they drank it all