Who are the guys behind Sori Brewing?

Who are the guys behind Sori Brewing?

We took a moment to introduce ourselves. Three very different guys with different backgrounds became one at Sori Brewing, just to form a super group of craft beer. Read about where are we from and what brought us to craft beer industry. 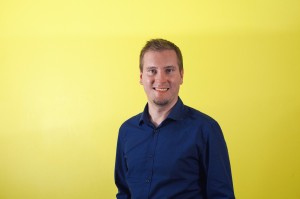 I originally come from the Eastern Finland from a normal middle class family. The humor back there is quite black and vicious that probably shows in me as well – and probably in the company too. [pullquote align=”right”]Last summer, I accomplished one of my dreams and went to work in Berlin to show my skills in one of the biggest online retailers in Europe. Even though Berlin was great, I didn’t find the job satisfying enough. I wanted to create something own. So here we are now. [/pullquote]I moved to Tampere to study business five years ago. During this period, I have traveled in Europe quite a bit. It has opened my eyes to the fact that the Finnish way may not always be the best way.

Last summer, I accomplished one of my dreams and went to work in Berlin to show my skills in one of the biggest online retailers in Europe. I worked in online marketing and I was very successful in what I did. At the end, I was offered a permanent position in the company. Even though Berlin was great, I didn’t find the job satisfying enough. I wanted to create something own. So here we are now. Doing something our own. And its great!

I started experimenting with specialty beers probably before I was legally allowed to do so. My friend in high school found ratebeer.com and we started experimenting. My first memory of drinking a quality beer is Guinness Foreign Extra Stout straight from the bottle. At that time, I didn’t like it but many things have changed. For instance, I drink mostly from a glass nowadays.

After that, my hobby started to develop. I tasted everything from the only local decent beer restaurant in my hometown (R.I.P. Palaveri Pub). Then I moved to Tampere to begin my business studies. And oh boy, it opened almost endlessly new possibilities for me. Gastropub Tuulensuu is probably the best thing that can happen to a beer lover in Finland. And It’s probably the best place to grow a decent size beer belly.

I started to make my own brews when I joined in a students’ beer society. Those brews became an instant hit, and I thought that maybe I could have some talent in the industry. Then I met Pyry and we got a crazy idea to start our own brewery. During last few years, I have tasted a countless number of different beers, visited breweries in several countries and learned everything I can about beer, the culture around it and the business.

For me, craft beer means experiences, friends and values that I can personally endorse.

I bring holistic business understanding about the industry, marketing and how to approach the customers. We will start with an online shop from the beginning, which is one of my specialities.  Pyry’s creative mind can also have its own unique ways to work, so I bring balance to that equation and we end up having brilliantly creative but also efficient and executable ideas. 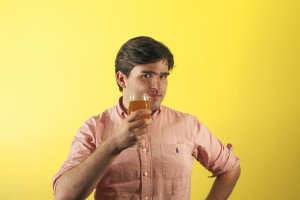 I come from an entrepreneur family, my father is a private pilot and mother is an artist. I inherited my mothers’ artistic side and from my father I got my lack of concentration and passion to work hard for your dreams. Like my father said, have passion on whatever you choose to do. I believe if you have your dream job, you will cherish all the time you are able to work with it. Thus, a vacation is only a necessary evil to keep you going and doing the thing you love.

[pullquote align=”right”]I believe if you have your dream job, you will cherish all the time you are able to work with it. Thus, a vacation is only a necessary evil to keep you going and doing the thing you love.[/pullquote]I origin from near Tampere and didn’t go far for studies – since I have studied accounting and finance in the University of Tampere. I have worked in finance at energy markets and in paper industry, but I have always had my own marketing office aside. That’s why we do most of our own graphics and web stuff.

In Finland, I go with my birth name, Pyry. Since that’s rather difficult to pronounce in English, I also use my second name, Patrik, as an alter ego.

I have always had passion for enjoying things different from mainstream. However, my real passion for craft beer is probably thanks to Heikki. With him, we developed our academic beer society and got to know a lot about brewing and what beer should be like. My goal is to have as awesome taste memory as he does.

In addition, I owe a lot to Sami Lappalainen from Gastropub restaurants in Tampere. His tasting events with our beer society in the last three years have trained my taste buds for beers and other drinks from all over the world. Since then, I have done some beer traveling in California and Germany.

I consider myself as a passionate business developer. I love learning new business knowledge and I constantly seek ways to develop our concepts further. I have some background from start-up society that has given me more in-depth understanding of start-up businesses.

I’m a creative mind, so I promise to bring crazy ideas on the table whenever possible. And yeah, I love branding and marketing! 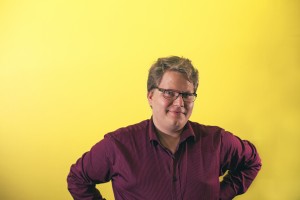 I was born and raised in the western coast of Finland. My roots mean very much to me. Thus, when I moved to Helsinki to study microbiology I instantly joined the local students’ club of my home region, SatO. I owe a lot for those people to find my passion. I don’t know if I was brewing today without them.

My parents have always emphasized the meaning of passion in whatever you do and doing what you love. Now, here I am. Starting a brewery with two other passionate guys and loving it!

After craft beer got hold of me, my taste has evolved as my beer geekdom has intensified. From beginners craft brews to hardcore high gravity sledgehammers, and finally landing me to complex sessionable brews. Right now, I’m influenced by the great Belgian brewers.

My journey to the wonderland of beer began when I moved to Helsinki and I found my student organization’s beer club. Soon after that, I started home brewing with my friend and experimenting with recipes. Finally, I started also challenging what beer should be like.

Hundreds of recipes later, tasting thousands of brews, brewery visits, and talks with craft beer lovers, I now have a hint what a great craft beer should be.

For me craft beer is passion, community and experiences. Things you can’t live without.

I bring my expertise and passion in brewing. My know-how in microbiology helps us to develop our own yeast cultures and brew beers that are not widely seen in markets.

We will also implement good quality control regimes to ensure that only great beers are let through our brewery doors.